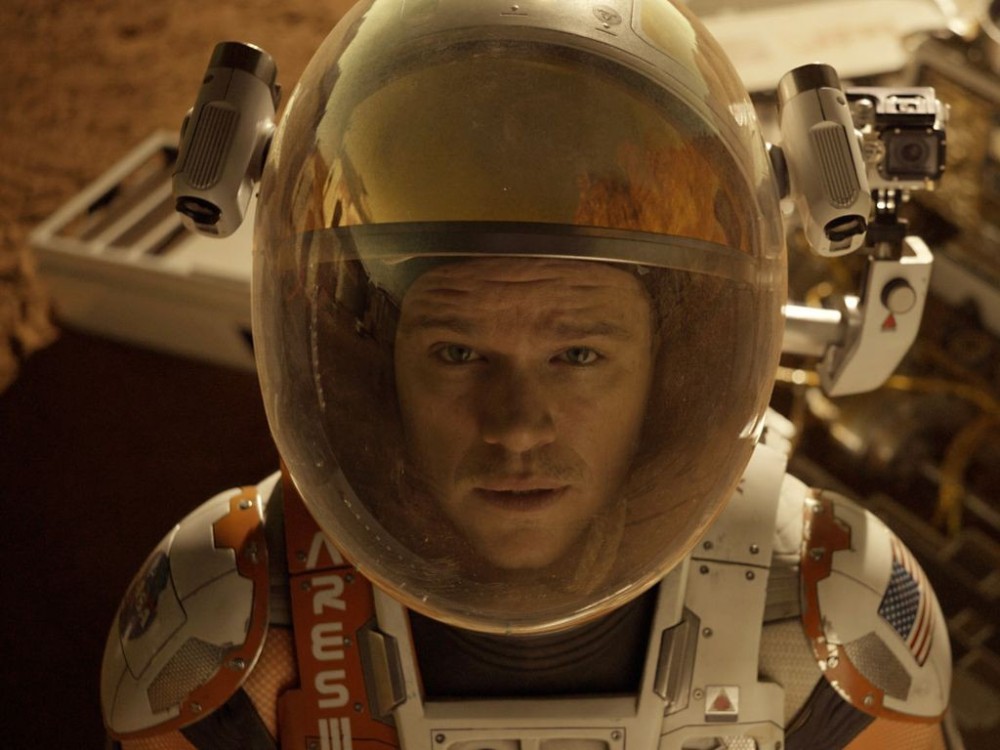 One of the texts we were encouraged to look at as part of HEA ADAM was the TED talk “The maker mind” by Jen Ryan at TEDxDirigo Generate in 2013. I saw this in the same week I saw Ridley Scott’s “The Martian” and was struck by some connections.

To Marx, class consciousness was needed for a revolution to happen. The Maker Movement might have had the hallmarks of that, but its political impact and potential for economic disruption seems to have been nullified, if Jen Ryan’s talk is anything to go by.

Jen Ryan is part of the same Harvard group that I’d written about previously in my article on the 8 Studio Habits of Mind- Project Zero. (This is a public reminder for me to check them out), and it’s a concise and clear talk, and whilst I realise the 12 minute format leads to plenty of distillation, there’s still a few things to unpick.

I’d read Cory Doctorow’s Makers and there’s something attractive about a world of makers disrupting the plans of the zaibatsus that control the agenda of globalisation and standardisation. Whilst Maker Culture’s lineage may seem to stretch back to the alternative communes of the 60s, it probably has another parent in the strong ties to ‘long tail’ capitalism, which like lightning, pulses along the route of least resistance to find new markets, and is quite happy to assimilate the Makers who will inevitably consume to make and make to consume.

Jennifer Oxman Ryan is a Researcher and Project Manager at Project Zero, a research organization at the Harvard Graduate School of Education. She’s exploring how educators, schools, and organizations can optimize maker experiences and how these experiences can cultivate maker empowered youth.

Ryan’s investigation of the relationship between the Maker movement and complex thinking and contemporary theories of learning is sorely needed, although the TED talk isn’t the forum to do anything more than a bit of PR. It is work in progress so no criticism of Ryan’s really clear talk.

To Ryan, Maker Empowerment is a state of mind, composed of two elements, namely a heightened sensitivity to everyday design; being aware of our clothes, possessions and objects we use; secondly the Inclination to Tinker, deconstructing and playing with designs in your own world.

However, this playfulness or tinkering only goes so far. Ryan’s example of the choices we have with a broken shoe rack are telling.

To Ryan, if your shoe rack breaks, you have a number of choices. You can throw it away and order a new one from Ikea. Or you can see if you can buy replacement legs, or you can see if there’s a different shoe storage system, you can rig or fix it yourself, or grab a tool and replicate those legs yourself. The option she doesn’t mention is re assessing whether you need so many shoes. To extend the metaphor, whichever of these options you use, the issue of buying shoes is not affected. The change that design can play isn’t disruptive or transformative. This is a toothless maker culture, alienated from its more radical roots, rather like the assimilation of its sibling, Hacker culture, which is another story.

Ryan points out that whilst we’re surrounded by designs, our consciousness of who makes our objects, the materials involved, and how and where they are sourced are patchy to say the least. (As an aside, it’s surprising how many people are concerned about the clothes they buy and rightly are worried about possible sweatshop conditions in the developing world, but won’t blink an eyelid at buying the latest iPhone or gadget). To Ryan, we are more and more distanced from the design of our objects. Interestingly she points out this isn’t our fault- “we’ve become enabled to disengage with our design world, in fact there are industries built off our tendency to be disengaged” and she mentions various online corporations who make life easier for us- like Facebook, Apps, and Google maps.  An interesting choice, no spotlight is shone or political or economic institutions.

But why is this disengagement a big deal? To Ryan, it’s about choices. However it’s a limited choice, The Long Tail is increasingly becoming a myth we tell ourselves, as the corporations sell us their own proprietary versions of freedom, with heavy DRM terms which mean we really own nothing.

At the end Ryan throws us a challenge: notice your world of design and think about the objects and systems you engage with and ask yourself, are these the best designs, could they be designed differently? It’s not really a call to arms, and underplays the potential disruptive nature of maker culture. It seems to me that the “Maker disposition” has parallels in Carol Dweck’s Growth Mindset.

In Ridley Scotts 2015 film ‘The Martian’ Mark Watney, the astronaut they left behind is portrayed as a new kind of Maker hero. He’s a botanist, but somehow a martial renaissance man too. His can-do approach to being left on Mars to die is exemplified in his summation of his unlikely escape plan “I’m going to have to science the shit out of this.” He sets about using engineering, mathematics, chemistry and physics skills to get himself back in orbit. He even replaces the nose cone of his spaceship with a tarpaulin because the science tells him it’ll do the job. In short, get Ryan’s ‘inclination to tinker’ and you too can be an astronaut!

I half expected to see some kind of sponsorship with a governmental STEM career advocate group as the credits rolled. As a PG 13 it’s a perfect nudge to your wayward teen that science is heroic and practical. This is maker culture’s apotheosis. It’s a maker culture tamed and brought into the fold in sevice of interplanetary exploitation. Sure, Mark Watney gets to go home thanks to his “maker empowerment” (and ends up being assimilated into the space programme that allowed him to be left behind in the first place, as some kind of teacher). However, despite the creativity and inventiveness the system that put him in mortal peril is never questioned.

Another Watney quote says “At some point, everything’s gonna go south on you and you’re going to say, this is it. This is how I end. Now you can either accept that, or you can get to work. That’s all it is. You just begin. You do the math. You solve one problem and you solve the next one, and then the next. And if you solve enough problems, you get to come home”. It’s back to Ryan’s idea of choices, seemingly empowering as long as you don’t question the choices.

I alluded to my idea that Hacker Culture was also in the process of being assimilated and de-clawed; but interesting stories like this still point to a much more negative form of disruption.

“A hospital is a computer we put sick people into, so when ransomware creeps infected the hospital’s IT systems and encrypted all their data, they asked for a whopping $3.6m to turn the data loose again”. http://boingboing.net/2016/02/16/hackers-steal-a-hospital-in-ho.html