Paul recently completed production of his short film “The Escape,” starring Julian Sands and Art Malik, financed by Creative England and based on the short science fiction story by Robert Sheckley.

In July 2018 I was honoured to give an oration for Paul Franklin’s investiture as Honorary Doctor at Norwich University of the Arts. It seemed to me that Paul’s story should find a wider audience of students, who could maybe model their behaviour on his, since his career narrative exhibits all those aptitudes we often tell students about.

Academics will know of Albert Bandura’s theories of role modelling and that students are more receptive to modelling behaviours if they believe they themselves are capable. This is what Bandura termed ‘self-efficacy’. As such there is probably nothing in Paul’s story that most students could not achieve with motivation and ambition, and that’s why I think it’s important to share.

This is a longer version of that speech, used with Paul’s permission.

Chair of Council, Vice-Chancellor, Pro-Chancellor, distinguished guests, graduates, ladies and gentlemen. Every Academic knows that from time to time it’s good to introduce students to role models, exemplars in the field of study. Students can learn a lot from the aptitudes of such entrepreneurial people. These people weren’t born with talent but worked hard and exhibited behaviours and aptitudes that clearly led to success in their chosen fields.

In our field of visual effects, Paul Franklin is an exemplar in many ways. Hopefully students reading this will pick out several useful motifs to guide their own studies from this essay. Especially note his exploitation of side projects; the willingness to get involved with the multiplying power of teamwork and the richness of collaboration. His message is that you should refuse to let the technology beguile you into predictability, and neither should you prevaricate, hoping the right tech will eventually come along.

It’s fair to say Paul Franklin came to public prominence through the achievement of two Oscars, one in 2010 for the mind bending visual effects of “Inception”. Paul was visual effects supervisor, enabling Christopher Nolan’s spectacular physics-defying cityscape (with colleagues Chris Corbould, Andrew Lockley, and Peter Bebb), and the other for the stunning worlds and dimensions of Interstellar in 2014 (with Andrew Lockyer, Ian Hunter and Scott R. Fisher), brimming with new visions of black holes and tesseracts, unlike anything seen in Cinema before.

But Paul’s profile, like a tesseract, expands further- he’s a co-founder of one of the world’s most successful VFX companies Double Negative, now shortened to DNEG. Most recently students will have seen their work on Blade Runner 2049, Deadpool 2, Avengers Infinity War, or Black Panther. If you are of a different demographic- and I’m stereotyping the students’ parents here unfairly- then you’ll know Mr. Selfridge, the Young Pope and ITV’s Home Fires! 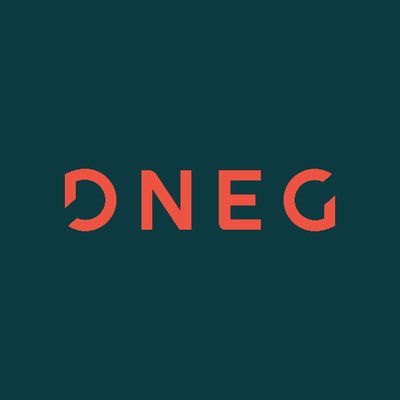 The key thing for students to appreciate here is that outstanding creative talent is worked at and doesn’t emerge out of nowhere; and it always materialises from working with others. It’s an attitude that’s evident all the way from Paul’s school years and is infused throughout his CV.

Firstly, there’s evidence of an incessant drive to experiment with the technology that was available. No hesitating till you’ve got access to better gear- do it now. There are stories of how video projections for student bands were achieved by the furtive removal of his dad’s VHS recorder to a friend’s house in order to link machines and enable simple editing.

“Never lose sight of what you want to do, and don’t get beguiled by the technology” warns Franklin, “It should never be the toolset that defines you- keep focused on your creativity. Express yourself through the appropriate technology, don’t let technology express itself through you”.

It’s no surprise to hear that Paul didn’t just keep himself busy with the course he enrolled on- students take note. After the ‘9 to 5’ he found other channels for his curiosity.

Although ostensibly studying as a fine artist at Oxford University’s Ruskin School of Art, student drama became a supplementary creative outlet – and a new exposure to potential collaborators, some of whom Paul would continue working with decades later in the film world. Paul Franklin the Fine Artist exploited the opportunities of set design, poster graphics, props, acting and even the sound design for an Edinburgh Fringe production. He reflects “I was just trying anything that would open a door”. At Oxford one of his side projects was designing graphics for the famed student magazine Isis where he met the editor Jane Burton, whom he’d go on to marry 13 years later! Paul and Jane now live with their three children in London. (Students take note- side projects can change your life in many ways).

It was the era of early computer graphics and Paul focused his creativity on the adoption of an Amiga computer and a determination to stretch its capabilities. A brief spell on a Postgraduate course in Computer Graphics persuaded Paul he could do more with his Amiga than with the University’s fast approaching obsolete Pluto system. Sensing his moment, he left with a PG Diploma and looked for a job.

Students might think here I’m advocating leaving a course if it doesn’t suit you. But this isn’t about having your own means of production back at home- it’s about whether your course truly reflects the contemporary world of your discipline. If it doesn’t, and you already have the enterprise to thrive, then it may be worth considering if you’ll get what you need from it.

What some might call a gamble, and others a logical step, this move led to employment at the legendary pioneering computer games company Psygnosis, based in Liverpool. Joining this creative environment at a time of profound technological change gave Paul access to Silicon Graphics computers and nascent 3D industry software SoftImage.

The skillset that made Paul’s work so exciting started to coalesce here; drawing and creative art skills, short film narrative, and finally dexterity with computer graphics software.  “I stayed behind and learnt SoftImage in the evenings. We did ludicrous hours” This was a time of experimentation with new techniques and concepts (the seminal game Wipeout was created at this time).

Students should note how Paul’s involvement in side projects with friends always propelled him forward. He was never satisfied with the 9 to 5. Here were two worlds competing for Paul’s time. Paul’s weekends were spent in London shooting and editing old friends’ films, and weekdays spent creating games graphics.

In the end, the pull of the film world became too strong, and Paul found his expertise in Computer Graphics was in demand, and he came to the attention of London’s Moving Picture Company. MPC created TV idents, trailers, and were starting to get into films. Paul remembers the uncertainty and excitement of finally moving to London, something which even today is often necessary for students in the creative industries.

In 1995 the film Hackers provided a big break. As a computer animator Paul got to create the cyberpunk interfaces for Angelina Jolie’s team of hackers, very much the zeitgeist of the time.

Then in 1998 Double Negative was set up. Paul was co-founder of an organisation that now has three thousand employees and nine facilities in four countries across the globe, heading the new 3D Graphics department.

Paul recalls the early days of this energetic company; having to walk outside to Soho Square to pick up a mobile signal, and holding recruitment interviews at the nearby Crown and Two Chairman pub. “We didn’t always make the best interview decisions after a few drinks” he ruefully remarks.

Further ground breaking 3D animation for Dennis Twohy’s Pitch Black (2000) won Paul and Double Negative plaudits, and it went on to gross a healthy 53 million dollars and give Double Negative a firm footing and more clients.

Paul’s first role as VFX Supervisor rather than a 3D artist/animator came with Stuart Urban’s Revelation in 2001, with a not insubstantial VFX budget of 300k at the time, although previously he had actually cut his teeth in this respect on fellow Oxford drama student-turned-filmmaker Ben Hopkin’s “9 lives of Thomas Katz”. (Students- it pays to stay in touch with classmates)

This was a time of sharp professionalisation, planning and budgeting. Real Hollywood money was coming in. No more interviews in the pub. Paul then became Supervisor on the film adaptation of Alan Moore’s graphic novel League of Extraordinary Gentleman (2003).

Students should never underestimate the power of networks; it was around this time that Janek Sirrs, associate visual effects supervisor on the Matrix, introduced Paul to then budding director Christopher Nolan- the start of a close working relationship that spanned a decade and which would lead to Paul’s two academy awards and some of the most acclaimed VFX films, starting with Batman Begins (2005) and The Dark Knight (2008) which Paul supervised. At this time Franklin was also key to delivering several Harry Potter films. 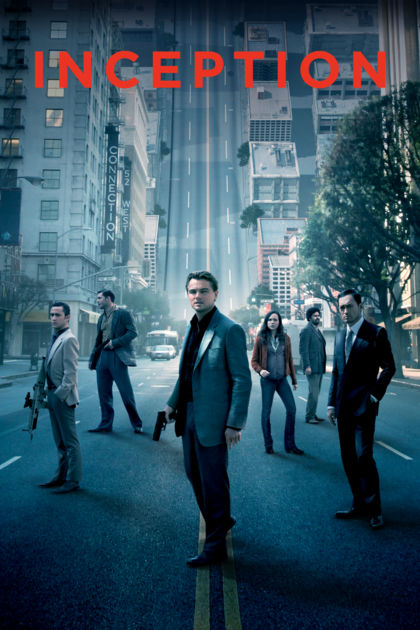 It was Interstellar that seemed to have made the impression on Paul, leading to further collaboration with theoretical physicist Kip Thorne, scientific consultant on the movie, who was to go on to win the Nobel Prize for Physics in 2017 for the discovery of gravitational waves.

Franklin’s team wrote new image rendering software based on Thorne’s work and the result was extraordinary cinema. Some individual frames took up to 100 hours to render, and the movie’s imagery created almost 800 terabytes of data. Three academic papers were later written on the science of interstellar and its iconic black hole imagery.

The young Paul Franklin, projecting visuals for his friend’s bands at school could not have foreseen his next role; creating visuals for a concert celebration of Thorne’s Nobel Prize. Groups of physicists from around the world supplied images of fundamental phenomenon that Paul collated and choreographed, whilst Hans Zimmer performed his orchestral work live. “It was science producing art” noted Paul. ”Stephen Hawking was in the audience  with so many astronauts and cosmonauts that I lost count”

“There’s immense value in teamwork, making allies and collaborators. Collaboration is what I learned as a VFX Supervisor. Others bring things to the party. It’s exciting and it enriches the work.

On Interstellar I learned to embrace and use the unpredictable. We had a crew of approximately 350 people, including 130 locals at what we assumed would be a white clean Svínafellsjökull Glacier in Iceland for the Dr. Mann’s Planet sequence. In fact the ice was more a compacted grey. Rather than trying to hide this, the team worked with this terrain to create one of the most beautiful and atmospheric environments in the film”.

Paul’s current VFX film project is Sony’s “Venom” and who knows where this film will lead him. However, after working with many great directors and inventing new kinds of visual effects, Paul has now made the move into Directing, with his science fiction film The Escape, which premiered at the Tribeca Film Festival in 2017.

Paul’s ambition is to keep directing. “You still have to push for everything”, he says, and students take note: “nothing lands in your lap”.