Many of us are interested why some students don’t seem motivated to succeed at their chosen studies despite what might be thought of as highly extrinsic motivators like high University tuition fees and the need to be employable. After all, a degree isn’t compulsory- they opted in, but some don’t flourish. Is Mindset theory the solution?

In this article I wanted to look closer at a concept that may help to explain the choices and behaviours of young people as they move through Higher Education to join the creative industries. Stanford Professor of Psychology Carol Dweck’s theory of Mindset has gained much credence and/or controversy in Schools, but seem to have generated little debate in either academe or the creative arts sphere. In fact, one might argue we need to adopt such a framework more urgently in HE.

Central to Dweck’s Mindset theory is a trust in the brain’s plasticity (in fact she suggests teaching students about how the brain changes in response to learning), and the resulting impact of a Growth Mindset or a Fixed Mindset. Learning with what Dweck calls a Growth Mindset- positive behaviours around seeking challenges; being resilient in the face of change; using learning as a reflex to increase achievement; gathering and using feedback – reaps dividends as an approach with accelerated individual growth and development.

On the flip side, if you are a Fixed Mindset student, you fit into what you’re good at; challenges are avoided in case they display failure; and life is often about the path of least resistance. If you don’t immediately feel growth from an activity, you can think you are incapable. Dweck’s research over 20 years bears this differentiation out, although it helps to think of placing learners on a continuum between the two poles rather than stereotyping real people into cartoons. However, our deep-seated mindset can guide our actions and choices when we are not paying attention.

At the heart of James Anderson’s new book “The Agile Learner” is the tacit acknowledgement that teaching thinking skills or metacognition isn’t enough, and such teaching in schools has been ineffective as an overarching tactic to help learners.

If so it certainly has impacted on creative arts degree courses where the learner’s rush to dive onto computers and into what they assume is the heart of creative practice leads to high levels of pastiche and often a lack of originality. “Part of the reason why the thinking skills movement failed to live up to expectations was because we hadn’t first considered the importance of a Growth Mindset in our students” says Anderson. It might be argued that the failure to ingrain the tenets of Mindset theory into school children despite much debate and activity has meant this legacy task is now passed to further and higher education.

In Anderson’s Agile Learner framework Dweck’s Mindset is interwoven with Art Costa and Bena Kallick’s Habits of Mind (a variant of which I previously wrote about here) and Anders Ericsson’s theories of practice and performance.

One useful concept for unpicking barriers to learning that Anderson notes is the Greatness Gap– which many of us in Higher Education have probably witnessed at first hand as we bring industry experts into the classroom as part of the employability agenda. It’s the seemingly common belief amongst students that some people are born talented and gravitate into roles because they are predisposed towards a discipline. We call it ‘Natural Talent’. We can often see this first hand when professional industry experts give talks about their work at University.

Some of the students only see the end product behind the lectern; the talent, the wow factor, and don’t see the ten years of graft it took to get to that level of creative expertise. They don’t reflect on the hard practice that forged that talent before them. Perversely the message communicated isn’t “you too can be like me”, but rather “you aren’t like this”. If such well intentioned encounters aren’t mediated, then students can experience a Greatness Gap- a chasm between their experience and talent and that of the speaker. “I don’t have what it takes to do that” they seem to conclude, comparing their current status with an imagined natural passionate talent that they assume always existed in the role model before them.

Evidence of the different mindsets can be seen in the same lecture theatre. When an important industry guest comes to talk about what they do, those students who make notes are displaying the growth mindset- that they can learn from the speaker, whereas those who passively sit and listen are making a statement that whilst it is all very interesting, it’s not within their capabilities to eventually achieve such extraordinary work themselves. To them it’s like watching a magic show. They are placing themselves on the far side of the Greatness Gap. Their preoccupation is to be impressed, rather than be challenged to bridge that chasm (and sometimes it is a chasm rather than a gap).

This Fixed Mindset could be an indication of the kind of self-censorship that stops students electing for certain courses, tasks or challenges. I’ve seen an exasperation amongst some academics that high-value courses with excellent job prospects often have problems with recruitment or perennially low engagement. In a world where the customer is king or queen this is worrying as it leads to a Darwinian rise of palatable education opportunities at the expense of true value but ‘hard’ course opportunities.

Those sitting in the lecture theatre don’t see what Anderson refers to as the ‘backstory’ or behind-the-scenes arduous work and earlier failures of the industry professional. In Anderson’s words, for a Fixed Mindset “being becomes before doing” whereas for those with a Growth Mindset becoming comes before being. Growth Mindset people appreciate that most successful people had failures along the way.

However, if we understand the Fixed Mindset response, and identify its behaviours, we can do something about it. When industry guests or visiting lecturers talk about their work as role models, educators need to frame or scaffold the event to ensure they also mention earlier failures and how they overcame them. The effect of these things are always cumulative.

As an example from my neck of the woods, when HR representatives came to speak to students about a company’s visual effects work, the story they recounted was one about how smoothly the talent worked together to innovate and produce work of outstanding class. The teleological narrative implied no setbacks, no knockbacks or failures. No SNAFU. In response to this story students with fixed mindsets will feel the insurmountable greatness gap. Our best speakers have been those who admit the hurdles they fell at, the failures along the way, and then recount the rewards and achievements that ensued after persistence.

When we ask students to adopt a Growth Mindset, it’s like offering them an aspirin: it treats the symptoms, but not the cause.

The Mindset message doesn’t sink in easily- it goes against years of the pate foie gras ‘gavage’ method of education experiemced by many young people- ingrained passive learning.

As Dweck herself said “It’s really hard to pass a growth mindset on to others and create a growth mindset culture. It’s not about educators giving a mindset lecture or putting up a poster – it’s about embodying it in all their practices”.

It’s also about repeating the message. For an example of the inertia surrounding changing mindsets a visiting VFX artist in at the top of their (academy award winning) game showed his original university showreel to our students. It’s fair to say it betrayed little of the greatness to come. It was a reel that showed a level of achievement gained by many of our own students.

It wasn’t what they expected. It seemed to fly in the face of the ‘born with exceptional talent’ idea. The implication that this proved hard work and practice over years led to excellence had to be reinforced in group crits by our tutors later. A lack of reflection from Fixed Mindset students meant the import of the average reel hadn’t been acknowledged fully.

Anderson makes the point that “When we ask students to adopt a Growth Mindset, it’s like offering them an aspirin: it treats the symptoms, but not the cause. Students may act as though they have a Growth Mindset, flipping from Fixed to Growth on the teacher’s instruction, but the underlying beliefs that guide them when they aren’t paying attention are unlikely to have changed”.

The inculcation of the Growth Mindset means vigilance from tutors as well as learners. 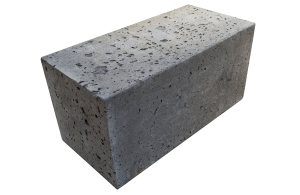