The original vision of an open and accessible online repository of training assets and documentation, raising standards of training in VFX universally, with donations from companies, training organisations and Universities alike seems further off now than a few years ago. What might this say about the industry to learners who want to belong?

You’ve probably heard the term Skunkworks before; named after Lockheed Martin’s advanced development division in the 50’s, essentially it’s the notion of a project at arms-length, semi-secret and free of management interference.

In late 2010 when Ian Murphy and I started compiling the Core Skills of VFX Handbook in the evenings at Creative Skillset’s Kings Cross offices, the idea of an open and accessible VFX resource was quite counter to the prevailing ideas of monetising IP content floating around. As Head of Development at the time, the idea of the Handbook as part of a constellation of support for new talent and a component of change seemed to me more important strategically. The idea of openness and freemium were all the rage, and MOOCs were thundering off in the distance.

At that time Creative Skillset’s relationship with some universities was seen as paternalistic and one dimensional- trying to get them to convert from ivory towers to industry talent factories. In that milieu the notion of seeding change by posting a copy of the Core Skills of VFX Handbook to each University in the UK as a gift was disruptive. Giving IP away! “Thinking of developing a VFX course? Here’s what industry suggests, with the development work already done for you” it enticed.

At the back of my mind was the scenario of what had happened over the previous 10 years with the sudden proliferation of computer games degree courses- driven by university management who realised Games were popular with young people. A glut of courses of widely varying quality had suddenly hit the marketplace to much industry consternation.

At the time it was in no-one’s interest to see the same proliferation of dubious teaching content happen to VFX. I still believe that gifting the handbook stopped a lot of that happening, and helped make better courses.

Within two weeks of publishing the online copy of the Core Skills of VFX it had been downloaded over five thousand times, the third most downloaded Skillset document ever- all achieved in 14 days. 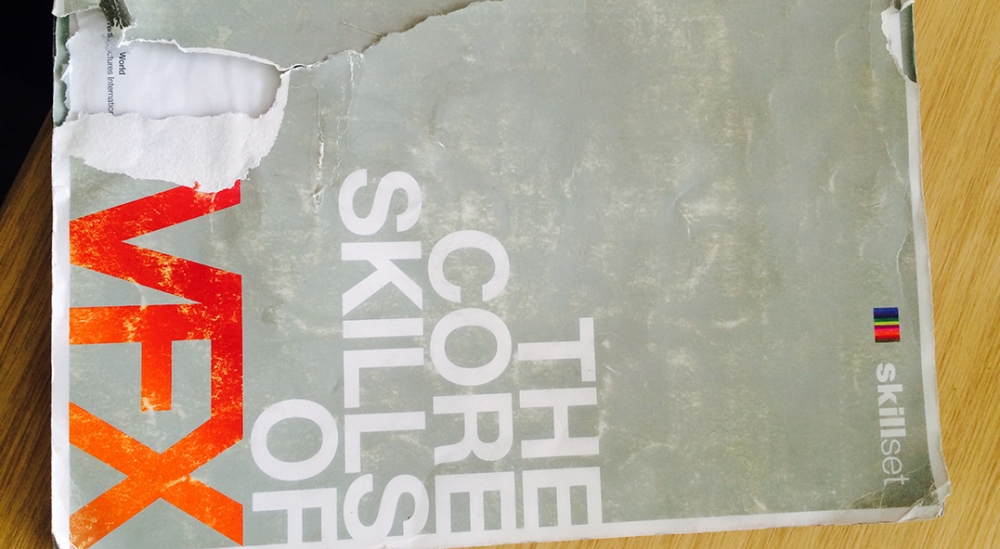 4 years is a long time

The pace of change in this respect meant by early 2015 it was clear that an update was needed. By then, although I’d left the organisation I was asked to author and curate it. We used a similar methodology of focus groups of VFX professionals with VFX companies contributing over 50 artists, producers and technical directors.

It was indicative how things had changed that for this edition we decided to include HE and FE educators in the focus groups, and we agreed the original ‘conceit’ of a 12 Module spread should be replaced with Topics around key skills and roles.

It also made sense to disaggregate the Handbook into its constituent documents- The Student VFX Primer (advice and aphorisms for students) and the Topics (for tutors and trainers) were spun out. It had only ever been a composite document because of print costs anyway.

However, the idea of a major update of the Handbook every few years was unsustainable in terms of the coalition government’s ethos that funding something means you had solved that issue for ever.

The idea of a digital repository

The Forth Bridge syndrome, where things need a new slap of paint as soon as they’re completed is true for all technology-led skills and VFX is no exception.

The idea of the repository as a replacement for a physical handbook is simple. Using the subject taxonomy outlined in the Handbook, an emergent, updateable and accessible online VFX skills ‘commons’- shared resources for the good of everyone- would accelerate learning and talent, but not control it. It would be the original referent for all ensuing training materials.

In the 2016 printed version of the Core Skills “an eventual transition online” is posited, “where dynamic media and commentary can be added as practices change over time. The repository can be seen to be like a post-box where industry can drop notes for receptive educators to institute, and educators can share tips and be collegiate across the sector”

This notion of a shared corpus of industry standard training materials all the way through to shared pedagogical tips amongst tutors and trainers is in the spirit of the original free Handbooks and guarantees against regular obsolescence.

Also it can deal with emerging skills gaps or spikes of talent demand rapidly. If a company suddenly has a need for more Lighting TDs on a big project, training and testing materials can be left in the repository for colleges and training institutes to take up, with an employer-led assessment rubric that learners would need to attain.

Likewise if a University needs a new tutor from industry to come in to deliver a particular technique this can be negotiated through the repository too. It’s an agora of skills exchange. The printed Handbook would be replaced by a Wiki.

The map is not the territory. Such a repository needs clear, transparent objectives, and community ownership and defences against commercial colonisation. To use old Skillset parlance it’s a one-stop shop of learning resources and yet conversely also a portal to existing vendors. It’s not a disruptive threat to Escape, or Universities, or Pluralsight, but a conduit, as they display their relevance and link to the Core Skills document. Their approach to the repository might be a freemium model. However, if we know anything about online pedagogies it’s that mastery and excellence is inculcated by face to face practice. MOOCs have revolutionised surface learning, and that’s a good thing, as they have energised the importance and value of face to face and project-based work with real social interaction. The repository builds a road from online beginner to sophisticated teamwork.

In a deep repository, interoperability and connection will become vital. At the beating heart of the repository, rather like a living book, would be a constantly updated version of the Topics and the standards needed to achieve them. Everything would ripple out from here. Training, advice, resources would flex in its wake as it was updated- courses would adopt the kind of versioning, up-voting and forking you see on Stack Overflow. Emerging Blockchain technologies may well have a major impact here soon, too.

The ripples from the Core Skills of VFX document would drive pathways of provision, some free, some private. The use of digital credentials (like Open Badges) could spring up to verify the most current industry sourced revision and reassure learners about quality.

The Tragedy of the Commons is there isn’t one

The “tragedy of the commons” was an economics theory from the agricultural era where open land is over farmed and common resources are exploited for individual aggrandisement. However the tragedy for the VFX discipline is there is no commons– no shared quality assured public resources to get talent on the ladder, no embodiment of first principles which could be led by the Core Skills of VFX corpus as set by industry.

That vision is for the future, and it seems further away as Creative Skillset’s agency and ambition has been clipped, government tries to divest itself of any responsibility for funding skills, and the VFX industry focuses on apprenticeships and internships. Ironically many functions of an apprenticeship could be supported by such a repository- assessment plan, end point assessments, synoptic competence activities. But the commons is not about supporting one kind of training, but all.

A commons that benefits all and gains its energies from the swords of competition beaten into the ploughshares of collaboration is a way off, but can start small and grow organically, even chaotically, according to need and demand. Having a grand plan would only lead to building a Milton Keynes rather than a Macondo in its ascendency. Such a project also has the added value of letting the learner know that the VFX discipline has a supportive community that recognises that a rising tide lifts all boats.

There are components already there; they just need to be linked or referenced to the Core Skills of VFX document, as a kind of prime industry directive on skills. The repository can be the superego of both the industry and academia (for want of a better label) – a way of giving back and feeding the green shoots of talent for everyone.