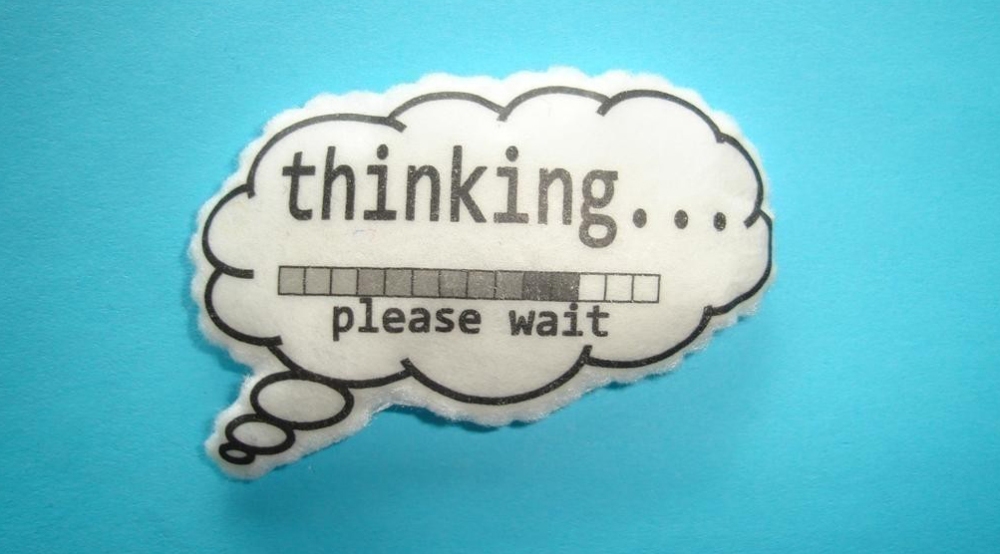 To me, there’s an attractive teleological progression from Pedagogical to Andragogical frameworks, but I also think part of our job in HE is to make ourselves less relevant to the student in the long run. Knowle’s Andragogy still has a program of study outlined by the teacher, – it’s still teacher managed. So to me, Andragogy is an intermediate state towards Heutagogy.

Adults with a volition to learn can become self-directed in their learning. There’s been much debate about whether young people, through experiencing the world, grow into being receptive to andragogic methods they would have rejected as kids. Certainly a completely andragogic approach with my first years would leave them bewildered.

With principles rooted in Andragogy, Heutagogy came out of a movement to prepare learners for the workplace by inculcating learning to learn, (Argyris and Schon’s double loop), as opposed to any particular subject expertise.

Argyris of course was very involved with the world of work and organisational change- which Heutagogy also gravitates towards. A neat way to see single loop, error-and correction behaviour is as a kind of thermostat- all it can do is one response, put things back on track. It doesn’t question what that track is. Double loop involves a correction based on critiquing the underlying norms and objectives the learner finds themself embedded within.

Michael Barber, the ex-Blair advisor and neo-liberal bete noire of educationalists and edupunks is quoted as saying in the THE

“If you’re a student…it is no longer a question of choosing a degree course you want to do at University…It’s a question of thinking…How will I keep learning through my life, how do I combine a range of educational experiences not just from one university but also from a range of universities- potentially around the world?” (Blaschke 2013)

All this points to a need to re-double our attempts as educators to foreground heutagogy in our teaching at M-level and Levels 5 upwards, rather than being satisfied with an Andragogic approach which is STILL TEACHER CENTRED, (and is thus possibly more palatable for University management?). An appropriate metaphor is that the andragogic approach to teaching car maintenance would be to show images of cars, delve into the manual, discuss and practice, and finally assess ‘competency’, whilst Heutagogy would leave the manual on the seat with some tools and let students play with the engine. The teacher is still in the room, but as the student’s sounding board if anything.

But Heutagogy is more than a hands-off style. It’s a blatant attempt to make adult learning work. It rewards motivation, since the learner directs their learning, picking their way. “Teaching in our universities needed to be more aspirational” say Hase and Kenyon, who originally coined the term.

Heutagogy is non-linear learning based on learners’ desires rather than following someone’s program. The learner manoeuvres. Instructors are guides. Institutions are support networks.

The benefits of Heutagogy noted by Canning (Canning 2013, Canning and Callan 2010) are a higher degree of critical thinking and reflection, high learner engagement and motivation (since they take ownership), more questioning of ideas (double loop in action), development of independent ideas and self-confidence, adaptability in new environments, development of teamwork and project management skills. This sounds like a good alignment fit for the adult world of work, but also surely entrepreneurism. 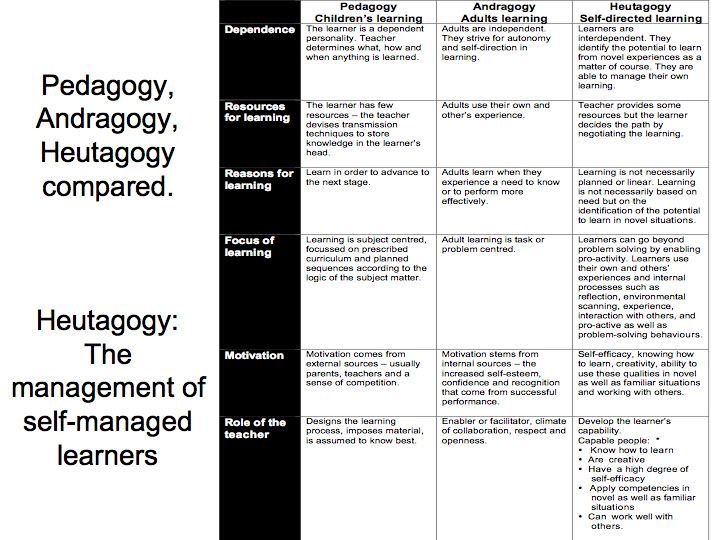